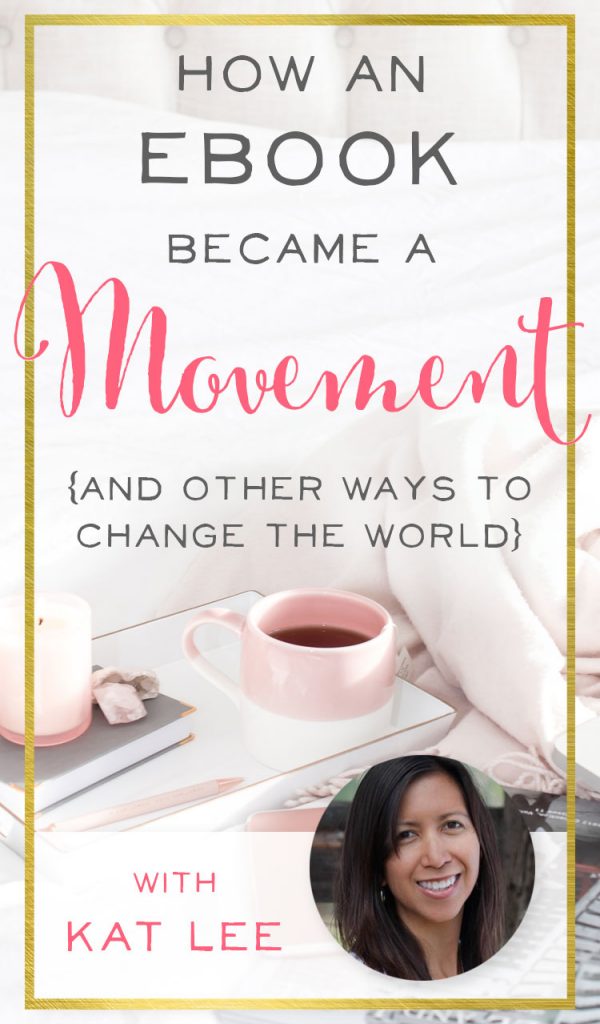 When you add up all of her accolades, you might feel a bit inadequate in comparison. Kat Lee is a blogger, podcaster, speaker, and writer. Yet, despite all of this, she’s insanely humble and fun! The last thing Kat would ever want to do is make someone else feel “less than”. She’s an encourager by nature, and after learning some of her productivity tips, you may find that you can get more done too!

Interviewing Kat was incredibly refreshing, because she never focuses on the numbers or the bottom line, but rather, how she can help and encourage others.  Kat has traveled with and is an advocate for Compassion International. Her e-book, Maximize Your Mornings has been downloaded over 15,000 times. The book launched a movement called HelloMornings. It’s a thriving community centered on keeping one another encouraged and accountable to waking up early, exercising, spending time with God, and being intentional about their days.

Kat and her husband live in Texas with their three children. Besides writing, podcasting, and encouraging others, Kat loves running, God, and Tex Mex food.

How an E-book became a Movement

When Kat wrote Maximize your mornings, she never expected that an e-book on waking up early would become so popular! Women were resonating with the idea of starting their days with intention.

A reader named Michelle had the idea to take the concept of waking up early one step further.   Fellow blogger, Katie Orr, then helped Kat to turn the e-book into a group challenge.  Women signed up and were placed in groups to hold each other accountable to waking up early, spending time with God, exercising, and planning their days.

The first time around, a couple hundred people joined the challenge. The movement has now grown into several thousand women who are connecting and encouraging one another. Over 40 countries are represented in the HelloMornings community!

Accepting Help and Acknowledging your Strengths

Kat quickly realized as she was trying to match women to the right accountability groups that she is not a details person. As she put it, her brain was exploding!

Kat took a step back from HelloMornings and allowed Katie Orr to take it over and get things in order. Now she’s come back in, but with a renewed vision for what her role should be.

Inspiring people, casting vision, encouraging others, and leading well are among Kat’s strengths. Stepping away from the details is a smart move for her.

(What a great lesson for all of us:  If we’re not gifted at something there’s no need to struggle through it; just surround yourself with others who can shine in that role.)

How Kat Does it All (Plus 3 Apps that help!)

Kat wakes up at 5:30 each morning. Right now with her children starting school early, this only gives her about 30 minutes to spend time with God, order her to-do list, do a tiny bit of exercise, and then she’s off to get the kids up and out the door to school.

Kat heads back to the office around 8 AM to start her work day. She has about 5 hours to work until her kids get home from school. After those 5 hours, she tries not to do anything work-related. She spends time with her kids, has dinner with her family, and relaxes with a book before bed.

ToDoist.com – The app allows Kat to organize all of the items on her to-do list, break them into smaller tasks, and keep track of them no matter where she is.

30/30 App – Kat can list tasks, allot time to each one, then press play to start the timer and race against the clock.

Kat says her 3 favorite apps + Pandora combine her love for people, classical music to make her feel smart, and her love of sports and competition in racing against the clock!

Kat asserts that we can eat up far too much time just trying to decide what to do or what topic to write about. Instead, she recommends a 3-Hat system.

Fake it Til You Make It

As a beginning podcaster, Kat decided to just fake it til she made it. One of the first interviews she did was with Andy Andrews. The more she researched him, the more she realized he was kind of a big deal. He’s given talks for NATO, met with presidents, and written best-selling books.

“Here I am sitting in my little closet office, a stay-at-home mom interviewing him,” Kat says. 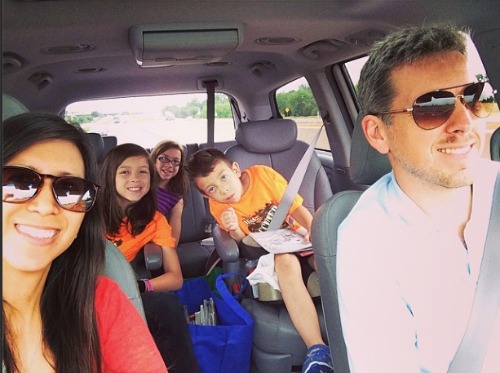 Before they got on the line she just thought to herself, “He doesn’t know any different. For all he knows I’m a highly professional podcaster who has done this for years.”

Kat planned everything out and let Andy know what her goals were for the interview, how they would help the listener, and how she was going to do things. (It went great!)

Masterminds: Tips for Forming Them and a Helpful App

Kat recommends that you put together a wishlist of the people who really inspire you and who you connect with. She notes that you shouldn’t feel timid about asking people who appear “much bigger than you” online. “You really never know how much of a community they may have online.” Maybe you’ll be just the support and encouragement they need.

Kat loves using Voxer for her mastermind groups.  (We looked it up because we've never heard of it!  It's a walkie-talkie like system with live voice, texts, and photos.  I think if I got this app, Sarah would murder her phone with all the live voice messages she'd get of all my crazy ideas!)

Kat is part of the Compassion Blogger program. Compassion is a child sponsorship organization that provides food, clothing, and education for children around the world in need. A few years ago, Kat had the privilege of going on a Compassion Blogger trip to the Philippines.

Kat is half-Filipino, but never had the chance to know her mom. She grew up with her All-American Dad with no connection to her mom's side of her family. She was able to connect with a cousin via Facebook, and on the same day that she met the child her own family was sponsoring, she arrived back at the hotel to see 18 members of her family there waiting to meet her for the first time.

Wow! There are just no words to express this life-changing trip. It impacted Kat’s life forever, but through her blog, she’s been able to impact so many other people as well.

Kat is pictured below with Maricor, the child she and her family sponsor through Compassion 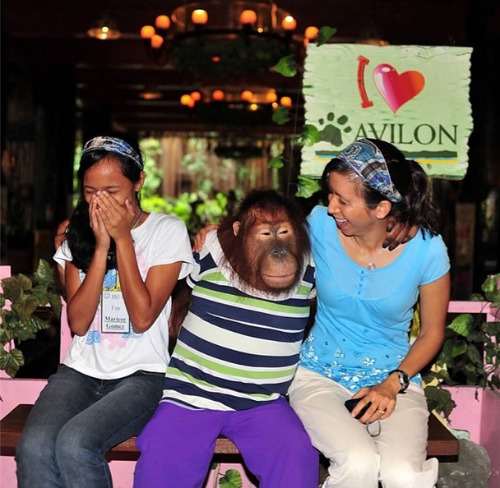 The Foothills of Success (and other thoughts on low points)

Kat’s lowest point in blogging came just before one of her highest points. As she was preparing for the Compassion Blogger trip to the Philippines, she was utterly overwhelmed. She was about to fly around the world, barely knowing a single soul on the trip, and getting ready to meet her family for the first time.

Just before the trip, she was insanely busy matching women with accountability groups for HelloMornings. Finally, her last straw was broken in two as she was told during church small group that it was her turn to watch the kids.    Meltdown.    It was too much in that moment!

Yet just a week later, she’d have the most amazing experience of her life. 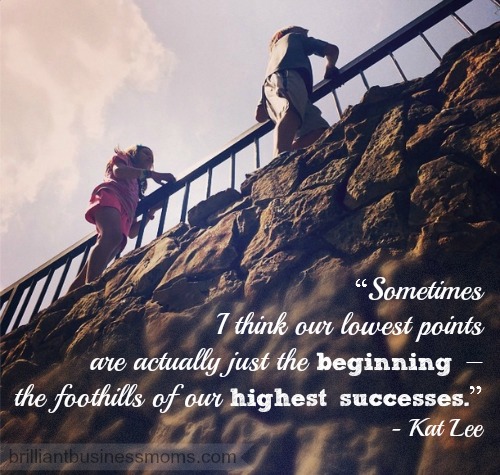 (Kat also learned through this experience the importance of delegating and playing to her strengths. There’s a purpose for every struggle!)

“If somebody’s life is changed – that’s really to me what matters the most.” 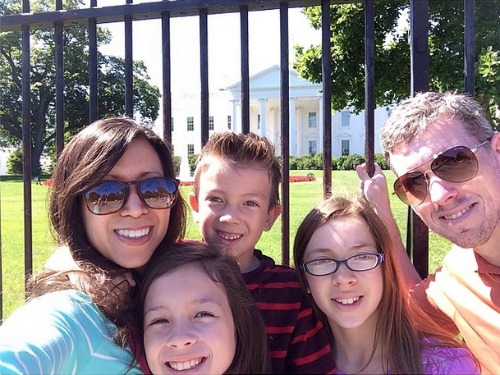 (Wow, we’re so inspired by Kat’s passion to encourage others and make a difference! I hope that all of us can get back to that singular focus of helping others.)

Why Kat Doesn’t Rely on Her Blogging Income

Kat doesn’t want her family to ever feel like her blogging income is something they need to depend on. Her priority is ultimately her kids and family, so she wants to be able to step down at any time if her family needs more of her attention.

Right now, the money is just being saved in an account, and they’re not sure what they’ll do with it.

Kat also shares a funny story about how committed she and her husband were to paying off debt in the early years of their marriage. Tune in to hear it!

Anything by John Maxwell

Kat confesses that she reads his business books just as much to learn about being a good mother as to learn about growing her blog and podcast. Leadership is so applicable to our roles as moms!

The playing field is wide open with this quote. Anybody can be successful if they narrow in, and don’t let the distractions take over.

Stay in Touch with Kat!

Does writing an ebook sound intimidating? Check out Abby's course on how to write & launch a profitable ebook. She'll walk you step-by-step through her  proven, effective system to launch your eBook that you can learn quickly and easily in order to launch your product with confidence.

« Week 2: Email Opt-In Boxes
048: Growing an Etsy Shop that Makes Perfect Cents with Melissa Kaiserman of A Time for Everything »