Have you ever thought about using your voice to make a living? That's exactly what Carrie Olsen does, and she's very successful at it!  Carrie is a voice actor, and she gets paid to read commercials for radio and TV, help create Kickstarter campaigns, or create educational content for a website.

It was so fun learning everything we could about voice acting — what you need to get started, how much time it takes, and how you can market yourself and your voice.

This is a can't-miss episode — and Carrie even indulged us with a few of her “voices” on the interview!

08:52 – The Essential Element for Excellent Audio

Press Play on the Podcast Player Below to Hear from Carrie!

Carrie's first job out of college was in HR. She was responsible for creating the online training program for her company.  She narrated the course as well.  Carrie enjoyed online training so much that she found a new job working full-time in e-learning.

One day shortly after Carrie's maternity leave, she was listening to a podcast interview of a voice over actor on her commute to work. This was Carrie's first revelation that voice over work could be a full-time profession. Carrie called up the woman who was interviewed, Allison Steele, and hired her to be her voice over coach.  3 weeks later, Carrie had her first voice acting job!  Just 4 months later, Carrie was able to quit her full-time job to pursue voice over work as her new profession.  She's had a steady income ever since!

How to Get Your First Gig

Carrie shared several great tips on how to get your first gig as a voice over actor.

We were pretty sure auditions for voice acting work a bit different than a casting call, but what exactly does it involve?

The Essential Element for Excellent Audio

Believe it or not, the essential element for excellent audio is actually…quiet!  Carrie says that voice actors crave true quiet. And this means complete silence – not a single sound!

Carrie has visited co-working spaces who claim to have a recording space available, but as soon as she enters the room she hears creaking from the floor above or the hum of an air conditioner.

This is why your best best it to have a dedicated home studio.  It really can be just a dedicated closet with blankets hung or foam to pad it. (We personally used the closet method to record our audiobook -surrounding ourselves with pillows to isolate the sound!)

Carrie was lucky enough to find a co-working space in Kansas City that does have a professional recording space with iso booths, but this is pretty rare.

Does a voice over artist have to become an expert editor or does the client edit their own work?

Unless Carrie is doing a “directed session” where the client is right there with her directing every take, she does all the editing herself.

Most of her work happens independently.  The client sends her a script, and she records it and sends it back “broadcast-ready” which means they can use it right away.  Carrie may still send several takes, but they are all fully edited. This means she has removed all breath sounds, clicks, or any of the other little distracting noises a mouth can make while it's speaking!

Did Carrie learn how to edit audio on her own or did she receive training?

A little of both!  Carrie and her husband have been doing podcasts for years, so she knew how to do basic audio edits from that.  However, with her new career, Carrie has invested in classes on editing and using professional software so she can up her editing game even more.

Carrie's husband is a bit of an audiophile, so when they began podcasting, they invested in studio-quality microphone.  She still uses the same microphone they purchased years ago – the AKG Perception 120. Carrie has done national radio commercials using this microphone!

Carrie even brings her own microphone into the studio to use. Occasionally she tests out the equipment there and uses a new microphone for a certain job, but she generally sticks with her tried and true mic.

Carrie pays $250 a month to use a local recording studio and has 24/7 access. When she isn’t in the studio she is still able to use the available office space there to get other things done.

Listen to Carrie's Voice on this AT&T Commercial.  Isn't it incredible?!  Find more examples of her work right here.

How to Sound 20 Years Younger (or Older!)

A lot of voice over work requires sounding a specific age. Carrie doesn’t do child voices (although many voice actors with high-pitched voices do!) but she is really great at doing a teenage girl voice. The teenage girl talks faster, with a higher pitch, and uses different inflection and words.

Carrie has found that there is a lot you can do with your voice if you change your mindset. When trying to sound older she just “thinks older”. If you try to get into character and think about how the person would sound that can be very helpful for matching your voice to a certain age and character.

Carrie has done voice acting from teenager through 50 year-olds.

How Long does it Take to Record a Session?

Sometimes a recording session can be very quick, particularly when the client is present, knows exactly what they want, and everyone is prepared.  In these cases, Carrie can show up, record the spot, and be done in 8 minutes!

Some sessions however can take days to record such as educational content. It all depends on the gig itself and what the client is looking for.

For Carrie, it also depends on how many spots or commercial she is recording at one time. One client hired her to record 8 commercials at once, so naturally, this session took longer. Some spots have the same copy but a different city, whereas some are completely different.

As you'll discover below, you tend to be compensated for the extra time you put into each gig.  Audiobooks end up paying more as you spend more time recording and editing them.  But, you can also get more bang for your minute by booking national spots.

How Much Does a Voice Actor Get Paid?

Every job is quite different, but there is a union for voice over actors that has a suggested rate scale.  Carrie is not part of the union, but the rate scale is helpful for figuring out a fair rate.

We found an example rate scale at voices.com. Internet, television, radio, and audiobooks are all different beasts.  Carrie says that a 30 second national radio spot is about $500 based on the scale created by the union. The sample scale above indicates that the rate would be $1000.

An audiobook can range from $150 to $300 for a finished hour. A finished hour would include all of the work you did to record it such as editing, rerecording, etc… Most clients go in with a budget and then you can work with them and decide if it will work for both of you.

The rate sheet example we found suggests that the highest rate (per minute at least!) comes from doing a national TV commercial.  This comes in at around $2000.

A Flexible Career Option for Moms

Voice over work is a great option for moms looking for flexible work that they can do from home. But Carrie doesn't want to deceive women into thinking they can just grab any old microphone, start talking, and book high-paying gigs.

While voice acting can be very lucrative, Carrie wants to remind everyone that you are still running a business. Success does not come easy and it can be a very competitive. You have to practice and hone your craft constantly.

You have to invest money initially for coaching, equipment, and membership on job sites.

Finally, you need to market yourself and run your business. Carrie is running a business just like the rest of us, and we all know that growing a business doesn't come without a lot of hard work! 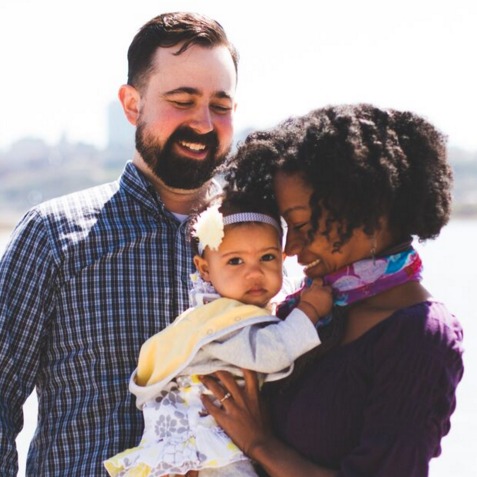 Do you Need an Agent for Voice Acting?

While Carrie says that most of her jobs come through networking or applying on large sites, having an agent is great for working with really large clients.

Carrie recommends waiting until you have a professional package to present before seeking out an agent.  You need to have a great demo tape. Make sure you are ready so you won't waste your time or the agent's.  Sharpen your skills first.

Beth Anne's idea: Attend writers' conferences so you can help writers turn their books into audiobooks!  Addi Ganley did just that, and the audible commissions are quite a bit better than just selling on Amazon.

More Than a Great Voice

There is a lot more to voice over work than just having a nice voice. You need to be able to connect with the audience. Carrie says that even the most unique voices can find work if they are great at acting.  Find a specialty and find a way to connect.

Conversely, having a great voice alone won't get you very far.  Your ability to act and express a certain feeling is what will make you stand out.

Is Carrie Olsen a Brit?

Carrie indulged us with a few of her different voice impressions. She shared her British Accent, Teen Girl, and The Know-it-all Mom. Her voices were spot on, and they were cracking us up! Clearly voice acting requires a lot of talent!

Carrie has gotten her whole family involved in the fun of voice acting… and one little family member even got a paid gig!

CarrieOlsenVO.com – When you sign up for Carrie's newsletter, you'll get a free Getting Started Guide for Voice-Over in addition to tips and resources for voice actors.